SoilModelManager is a software tool that automates the selection of soil model structures that apply during various seasons.

Based on soil resistivity measurements carried out during the warm and moist conditions of early summer, SoilModelManager will automate the selection of soil structures that apply during the winter (or early spring) and dry summer seasons.

In regions where the top layer soil can freeze during winter or dry out during summer, it is necessary to assess the effects of shallow depth resistivity variations on a grounding design. 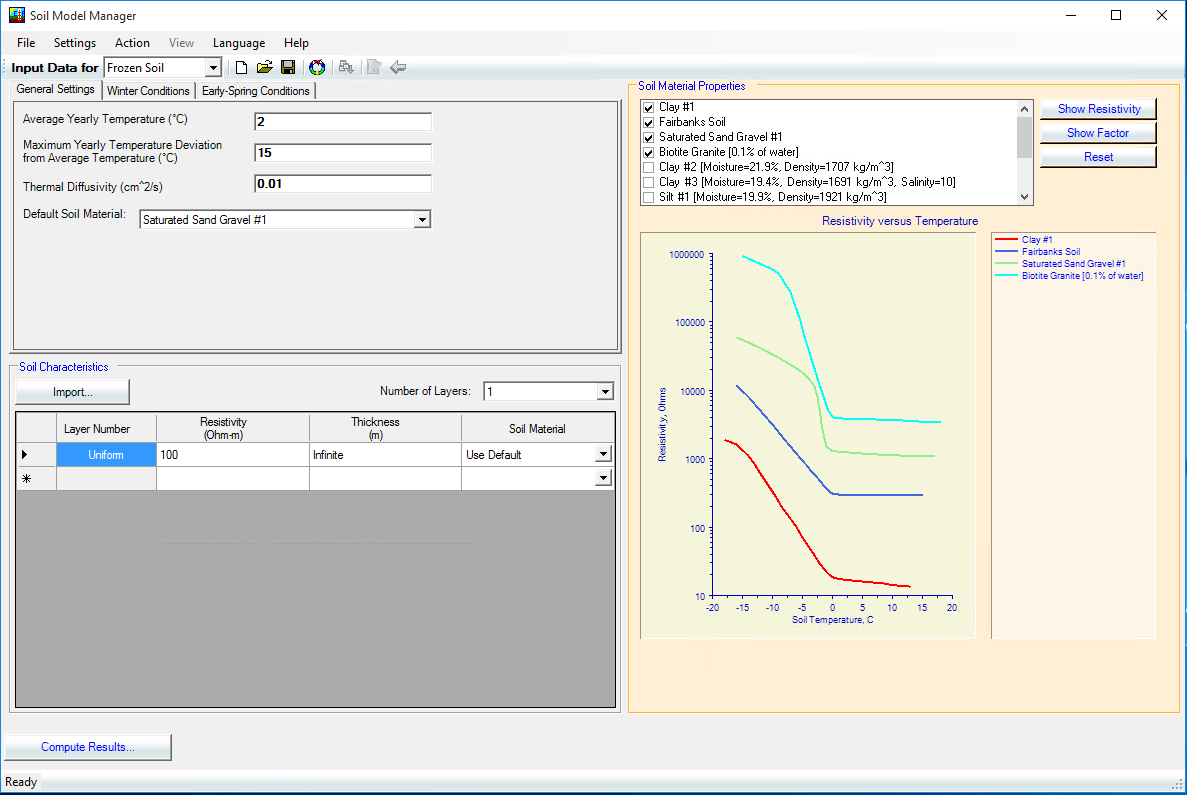 The designer of a grounding system therefore must determine whether seasonal soil resistivity variations have an impact on the grounding performance. Consequently, consideration of the so-called ‘winter and early-spring worst-case scenario conditions’ or ‘wet soil surface and shallow depth dry soil summer conditions’ must be taken into account when building a realistic soil model that reflects realistic conditions throughout the year. However, there is no established approach on how to model this phenomenon.

Soil resistivity measurements are commonly made in the spring or early summer. In the many regions of the world that experience seasonal weather variations, soil resistivity is typically lowest during this period, due to warmer weather and relatively moist soil conditions. The resistivity of the soil changes with seasonal variations, however, and this phenomenon must be taken into account when designing a grounding system that is to perform effectively throughout the year. This is where SoilModelManager comes in.

Soil resistivity rises during the dryer conditions of late summer and, as noted in IEEE Standard 80, can dramatically increase when temperatures drop below 0°C, which occurs during the winter and early spring in many parts of the world. Taking into account the composition, salinity, and moisture content of the soil, as well as meteorological data and existing resistivity measurements, SoilModelManager can emulate the real distribution of soil resistivity with depth as a function of the temperature at that depth.

This results in the generation of soil models that appropriately represent the soil structure during the winter and early-spring seasons. 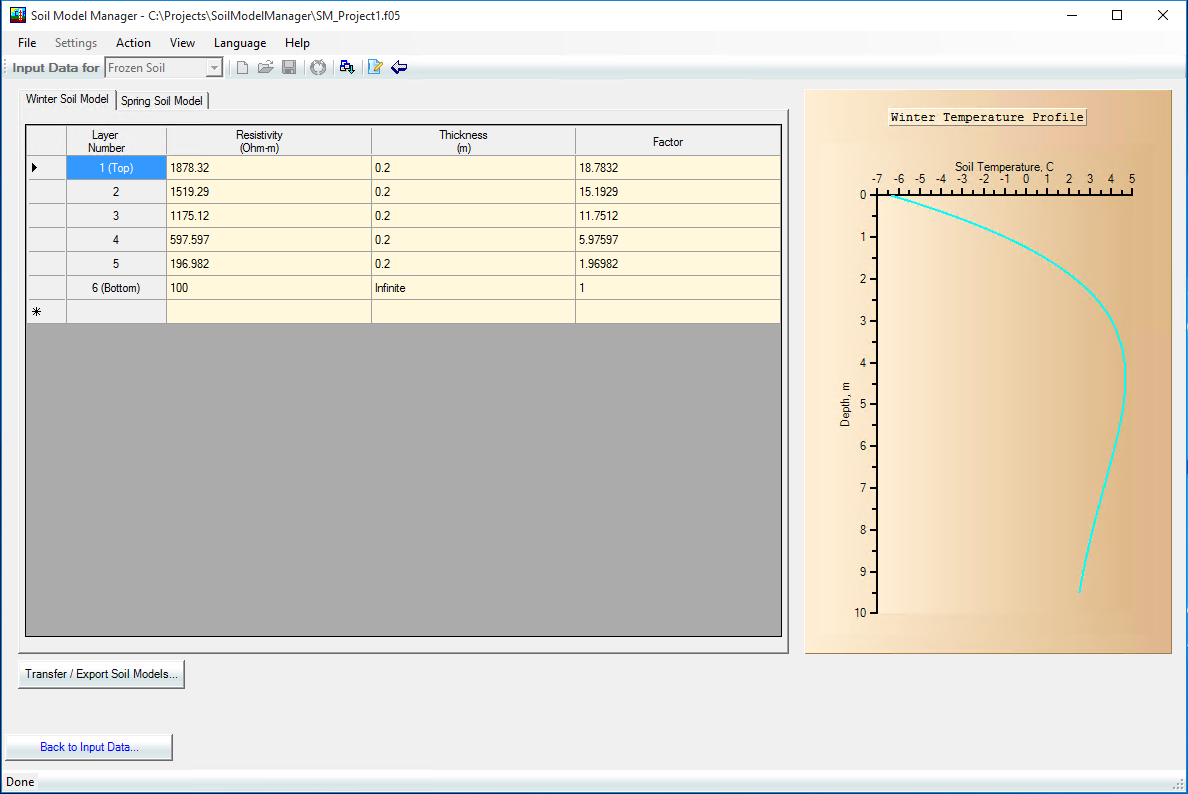