Reduce the Number of Bundled Conductors

The SESeBundle  software tool is useful to find the characteristics of an equivalent single conductor that accurately represents a bundle of conductors.

SESeBundle  is capable of computing two types of equivalents: 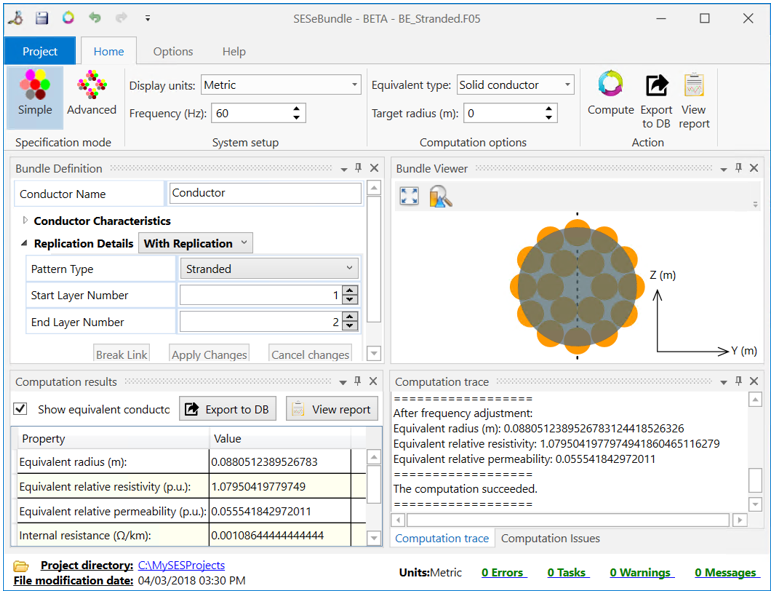 To model a bundle of conductors, you could in principle model each conductor independently. However, in many cases, it is possible to use an equivalent, thereby reducing memory usage and increasing computational performance.