The MALT computation module is ideal for analyzing electrically small power system grounding networks for low frequency applications. It can also be used to investigate potentials and currents diverted (transferred) to nearby buried metallic structures. MALT is one of the main components of the AutoGround , MultiGround , AutoGrid Pro , and AutoGroundDesign software packages.

The MALT computation module assumes that the conductors and metallic plates (for perfect, uniform and horizontally layered soils) that are part of the same electrode (such as the main grounding system) are at the same potential without taking inductive effects or potential drops along these components into consideration (i.e., each electrode is equipotential). It is worth mentioning, however, that all metallic conductors, plates or structures can be specified in different electrodes, such as Main, Return and various so-called Buried Structures. 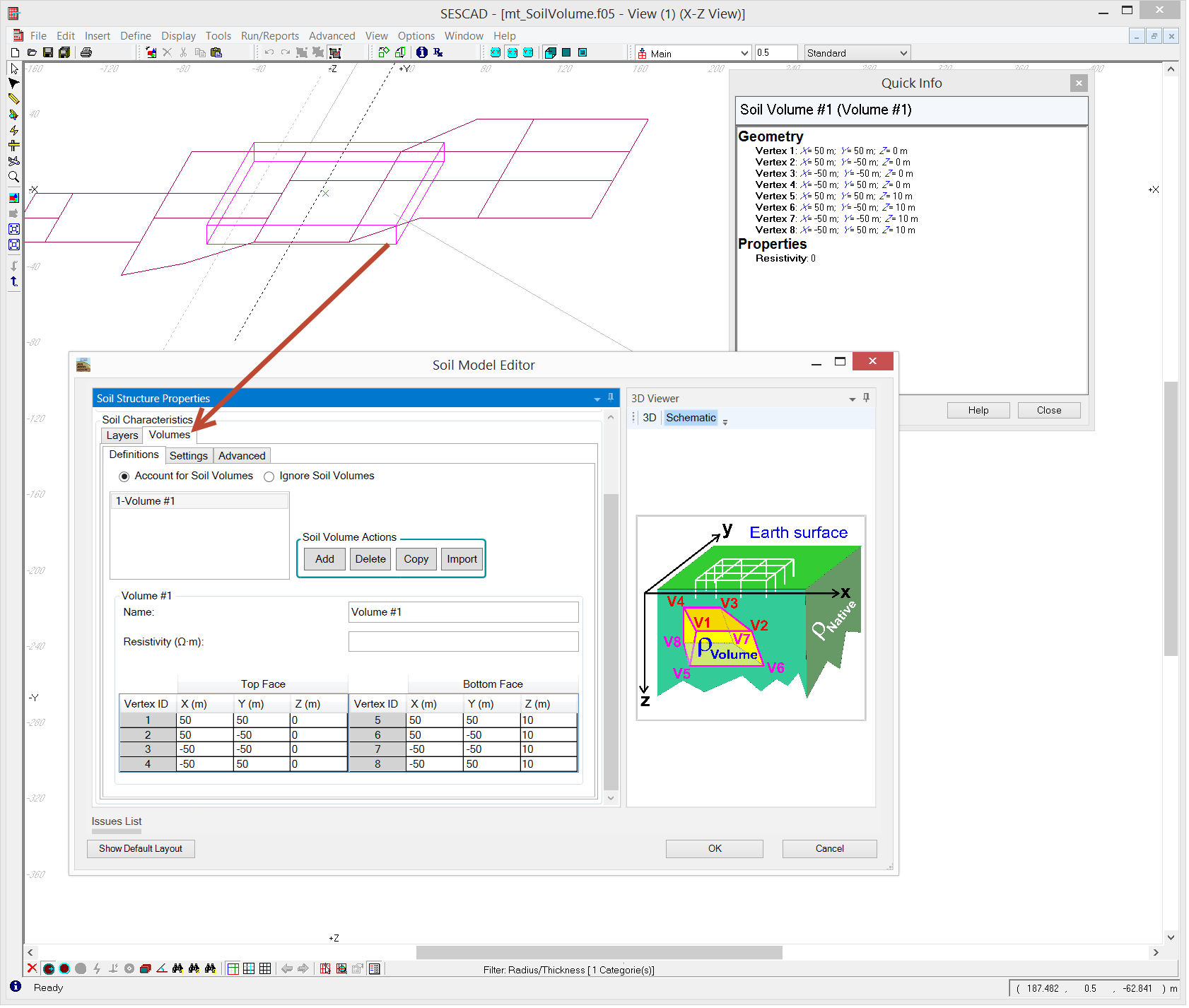 Finite volumes of soils in MALT.

The main features of MALT are as follows:

Using MALT, you can model arbitrary groups of metallic structures.